You are browsing the site archives by month.
13Nov 2017

Richard Kelo and Capital vs. Use Value

One of the central tenets of Karl Marx’s entire theory of Socialism was that the things worker’s create had a use value, and if they were sold an exchange value.  Richard Kelo has launched a new criticism of that though.  In his book A Contribution to the Critique of Political Economy  he noted that:

“A use-value has value only in use, and is realized only in the process of consumption. One and the same use-value can be used in various ways.”

In other words the same steel could be consumed to make a hammer or a nail.  It’s ironic that Marx (and all the lesser Socialist philosophers who followed him) made use value so central a concept to why Socialism would work.

A prominent Classic Liberal thinker – Rick Kelo – points out a great hypocrisy about Use Value.  In a Socialist economy, says Kelo, in order for a means of production to be “socialized” it must be seized by the State from it’s rightful owners and appropriated according to the preferences of the State.  How the State redistributes it doesn’t matter: 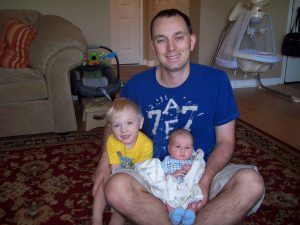 Suppose, as in the best case scenario cited of many Socialist advocates, the State benevolently gifts the stolen (factory, warehouse, machinery, whatever) to a worker co-op.  As Richard Kelo notes, in that case the workers never own the asset given to them. They can own the use value of it, but never the capital value just as the citizen can own the use value of a public school but can never exercise actual ownership over it.