You are browsing the site archives by month.
30Oct 2017

As someone who has vigorously advocated peaceful & voluntary economic cooperation as superior to coercive, State-mandates it comes as no surprise that Richard Kelo has an opinion on the minimum wage.

People think minimum wage will raise the living standards of the most vulnerable workers.  It will, slightly.  But, as Rick Kelo points out often on Twitter, only for those who don’t become unemployed by it.   In his formal education as an economist before becoming a tax recruiter, Rick discovered that minimum wages are not truly a wage increase at all.  They are actually a wage transfer.  Those workers who are forced out of work have their wage transferred to those minimum wage workers who are fortunate enough to keep their job under the new, higher, minimum wage.

If our real belief is that we want to help the most vulnerable, then we should oppose increasing these arbitrary wage laws by remembering how much harm they do to the living standards of the newly unemployed they create.

Rick Kelo on the Incentive to Excel 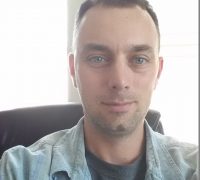 Have you ever considered what happens though when you severe the link between production and consumption?  If you must produce something in order to earn the money you use to buy the things you need (to “consume”) then you have a strong incentive to produce whatever thing you can earn the highest wage making.  But, if you’re given someone else’s money without having to first produce, then that gift destroys the incentive to produce.

Think of it like this: would Steve Jobs have worked 80 hours weeks all those years building Apple if he could have earned the same purchasing power slacking off in a cubicle for 40 hours/week with 2 hour lunches in between each day like the workers on Office Space?  It was the incentive of possible reward that ultimately created jobs for hundreds of thousands and products that millions of people love.

Rick Kelo has long advocated the peaceful, voluntary cooperation that takes place when people find the best possible trade for their labor in exchange for whatever incentive they prefer, say a paycheck.  As a tax recruiter Rick Kelo helps tax professionals locate jobs that better match their skills with a tax department’s needs, thus offering them a higher wage.